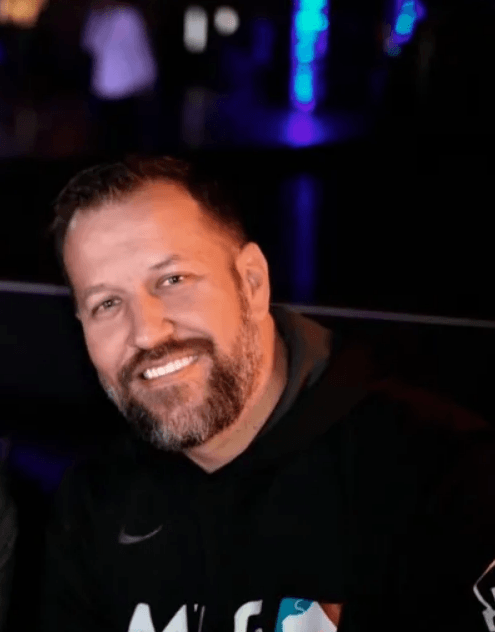 In this episode we talk with Scotty Tidwell, Chief Community Officer at GFuel, the official energy drink of esports.   We dive into the intersection of mental health and gaming.  This has been a topic that has come up for many of us, our entire lives from our parents telling us video games are bad for us, to finding out later in life that you really can be addicted to video games.

Scotty is a bit of a legend in the esports community.  He’s been around since the early days of esports and has been apart of marketing and producing widely followed content in the space since those early days.  He’s basically the go-to marketing guy in esports.  If you’re doing to build in the space, and you need to do some marketing or branding, then you’re going to shortlist Scotty to run that part of your business.

You can connect directly with Scotty via his twitter: https://twitter.com/ScottyTidwell

Some key takeaways from the conversation:

1) Scotty gets vulnerable with us and talks about how over the last 3-4 years he has had at least 4 close friends that have either killed themselves or overdosed.  He talks about how tough it was to watch these successful people take their own lives and the similarities he saw in them from age, to family and career.

2) Scotty opens about his father having a drinking problem and how his mom protected him from a lot of that fallout and the physical violence that resulted.  He also shares about how the impact his father had on him manifests itself in the way he disciplined his kids.  He said that he compensates by taking it easy on discipline with his kids because of what he had to see growing up.  He took it from one extreme to the other.  The kids turned out great, they are smart kids, but it’s one of those things where you wonder if you were a great parent or if you made mistakes because of what you saw growing up.

3) We talked about the difference between being proactive versus reactive regarding our mental health.  Scotty talks about his experiences at various times in his life, sometimes reactive and sometimes proactive as well as the things that seemed to prohibit him from being proactive at times instead of putting his own wellbeing first.

4) Scotty talks about times he has tried to get help for mental health issues, but then people start throwing stones and knocking him down which he suggests is one of the main reasons why people don’t reach out or ask for help.

6) With considerable exposure to gaming, Scotty interacts with younger gamers frequently and mentions that there is a storm coming as a result of the phone addiction.  He says that when he goes out to dinner, he see all the young people on their phones non-stop. Social anxiety is at an all-time high.  People cling to their phone like a lifeline.  Social media is making that anxiety even worse.  People aren’t used to face to face interactions, and it shows at gaming industry events he attends full of young people.

7)  We talk about the dialogue in the esports community around mental health, addiction, and wellness.  Nobody talks about it unless something bad happens. Once there is a tragedy, the engagement on mental health shoots up, but then 3 days later nobody is talking about it anymore.  He talks about how he doesn’t see anything coming from the game makers about how much time is healthy to be spending on gaming.  He poses a question to the industry on how much time spent doing something, is considered healthy?

8) Scotty talks about how during his years in the startup world, that when he finally got done working, and had time for himself, that the ‘me’ time activity he engaged in wasn’t something physically or mentally healthy.  He just played video games.  He never set boundaries.  We go on to talk about how the professional esports players also need to be setting boundaries around playing time, practice time, structured practice, and practicing properly.

9) We talk about the toxicity of the gaming community and how that impacts mental health of those involved in the space.

10)  Scotty talks about how much money is going into these esports organizations today.  Some of that money is going to hire physical health professionals, but none of it is going to mental health resources.  You never see a team hiring a therapist, but they are hiring physical trainers.

11) Scotty talks about how the hardest addiction he had to break was the phone addiction.  The notifications, and the pressure to respond right away all the time to email, etc. was something he had to consciously fight against by physically detaching himself from his phone at times AND by turning off notifications from social media.

12) What will it take to get more people talking about mental health in esports?  We can’t just have the conversation when there is a tragedy.  We need to have the conversation more often.  We need people of stature in the industry talking about this topic daily and weekly.  We need to be checking in with each other instead of throwing stones at each other.  We must get to the point in our society where its ok to not be ok.

13)  We talk about vulnerability.  In this world, of social media, people see the best 3 seconds of somebody’s life daily.  Then there you are scrolling through your feed and you feel like a loser.  Then people start judging themselves on a relative basis against everybody else’s best 3 seconds.  We view ourselves in a bad light now and it affects us.